Today we have a treat for you. My friend Charity has kindly written a little essay about... well... about just being. While she calls herself an aspiring writer, I call her a bona fide writer. She is the kind of person who everyone likes and who likes everyone. I hope you enjoy her essay as much as I have. 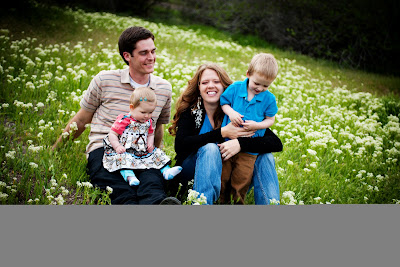 To be nobody but yourself in a world which is doing its best, night and day, to make you everybody else means to fight the hardest battle which any human being can fight; and never stop fighting. . . It takes courage to grow up and become who you really are.

I have been pondering the great art of Just Being lately…. It is precisely that. An art.

When I was a child, I had an incredible imagination—so my parents say. In a single afternoon, I was a princess trapped by lava monsters, Rogue of the X-Men, a chef making stone soup and mud patties, a mermaid hiding from the humans, and a singer whose voice changed the world. I was anyone, really anyone, because I didn’t know limits or boxes as a child. There was no concept of genres in a seven year-old’s mind. There just was. I just was.

And then I was a teenager. And though I had mystifying periods, I still basically knew who I was… or who I wanted to be. I knew I was kind, that I didn’t like cliques and exclusions. I knew that I loved music, and that the music I loved wasn’t the top 40 pop chart (you know, that’s never changed. Hm). I knew I was an anti-fashionista—my clothes were thrift-store by choice, mismatched by choice, and wrong era by choice. And I knew that I wanted to write great things. I wanted to be a great person.

And then I got lost. I thought it happened later in life than commonly occurs. Most people have their identity crisis in high school/college, don’t they? And then they figure it all out, and they know—for the rest of their lives—just who they are. And I suddenly discovered, after college degrees, nearly five years of marriage, and two kids, that I couldn’t find my self.

The curious part was that I wasn’t sure how it had happened. I couldn’t pin down a culprit for my lost identity. My marriage was absolutely lovely; always has been—and as far as I can do anything about it—always will be. My kids were beautiful, albeit nuts, like all normal kids. I was proud of my education, and I never have regretted being an English major/an aspiring writer.

So where did I lose myself? If everything around me was just as it had always been, where had I gone?

So I sat down with myself and went through the missing pieces of me, one by one. I realized two things: I was lost somewhere amid comparisons and limits. I was worried that I wasn’t a complete person because I saw others more complete around me. What is the complete person? Is there a template? I am learning to let go of the myth of completeness, because 1) the definition changes for each person, and 2) isn’t that why we’re allotted seventy, eighty years in this life? To learn to become the most complete version of ourselves, unique and separate from the complete others around us? So how could I possibly compare? There is no one to measure up to but my own future self… And so I’ll cross that comparison bridge in a few more decades, when the only person I must answer to is me.

And the limits? I had finally learned about genre, that concept so innocently unknown in my childhood. I couldn’t possibly be certain things simply because I wasn’t that kind of person. I didn’t fit in that box. Where are these boxes kept? And who labels them? And who enforces them? I am learning to let go of the myth of limitations, because only I know what I am capable of. My limitations are only set by the efforts I make. And that is a part of myself I can control/change—it is not beyond me. And really, what if I never publish a book? Then I am not a writer? I am who I choose to be and who I work to be, and that is not determined by the world’s standards, charts, or figures.

So was I lost? I still believe in kindness, in inclusion. I still dress to the beat of my own wardrobe’s drum. I still listen to underground music and shudder at most country songs. I am still intelligent and capable, even if I have no paychecks to prove it. I am a blissfully happy wife. I am a proud, growing mother. I am a writer. I am me.

And I can be anything else… someday, down the road, I will be many other things. Perhaps a professor of dystopian literature; a public speaker/ambassador for the cause of abolishing illiteracy; the front man (woman) of a Heart cover band; a world traveler; a grandmother; an ice cream shop owner. I am learning that I can be anything I want.

And that I can just be.

I love your essay. I often feel lost with myself too. It's like I know who I am and I know why I'm here, but I can't ever just be happy with being me. I find that I often watch other people and wonder why I'm not like that. But the truth is, that we just have to learn to be content with the lives that we have and know that our Heavenly Father has helped us develop our own unique personalities and we need to learn to grow with that knowledge in mind. Thanks for your essay!