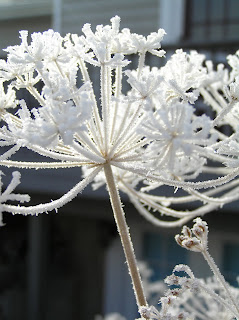 “Most women don’t do well in this class.” He said it as a matter of fact. Not condescendingly but just as the way he saw it.

It was enough to wake me up. It was a challenge. A call to arms. And I would do it for all women everywhere.

At least, that is what I told myself. In reality, it was more to prove to myself and anyone else who was paying attention that I was smart too.

Silly. I knew that I was intelligent. I didn’t need this class to prove anything, to validate myself in the eyes of others. But I did it anyway.

It would be years later when I realized that my worth as a woman was in no need of validation. I possessed qualities that made me unique and helped me play an important role in the lives of those around me. Eventually I would begin to learn not to hide from who I was but to embrace those feminine qualities that I had so easily mistaken as weaknesses.

And slowly, steadily, I began to see and understand what it meant for me to be a woman. That understanding would not come from any single source, but a slew of people and experiences that would more fully help me define myself as a woman.

There are the women who have changed the way society has accepted and viewed women. These women, both the well-known and the obscure, sacrificed their time, and abilities, and dedicated their lives to bettering the lives of women then and now. Because of them, we enjoy the rights (and ultimately the responsibilities) of voting, receiving an education, using that education to influence for good, stopping domestic abuse, and receiving the needed help for female specific health issues. Obviously the list continues. The lives and words of those women are inspiring and point to the divinity and power that women have, both individually and collectively.

My understanding has also deepened through the men in my life who openly show love and respect for the women who have influenced them. I have learned it from my father and my brother, who encourage and support their wives; from my mission presidents and church leaders who, through their words and actions, declare the important role of the women in their lives and throughout the world. Ultimately, I have felt the power and divinity of womanhood through my husband. Through my husband’s eyes—his love, devotion, patience, his words of encouragement, and his belief in me—I have discovered and felt the power of my own potential: My potential for influence, charity, intelligence, and so much more. Through him I see what I can become and with his help, I feel the purpose of the feminine attributes that I possess.

And finally I have felt the power and deepened my understanding of what a woman can be through the many women who surround me. I see that power in my mother’s kindness to her neighbors, in my grandmothers unending charity to her family, in my sisters’ and aunts creativity and innovation, and in my friends excitement for education. Through them I see talent, compassion, love, understanding, and unwavering devotion to the things that are right. I am continually influenced by their dedication to one another, their families, their communities, and to fulfilling their purpose in life.

Ultimately my understanding expands with every decision I make. It grows with the child that grows within me. It deepens as my relationships deepen. It changes and evolves as my life continues to change and evolve.

Thanks for reading! I am Alicia and I am so excited to be guest posting here for a while!

Beautiful post. I know exactly what you mean, as I used to be a woman in a male dominated field as a female engineer. It's definitely made me an "Equalist".

We watched Martin Luther King Jr.'s "I have a dream" speech today in my management strategy class. It was deeply inspiring and brought me to tears. It also brought me to think of the quiet influence of Ms. Rosa Parks, who, without the surrounding support of 300,000 followers, impacted the nation and changed history.

I too am grateful for the greatness of patient, powerful women.

Thanks Erin and Jini! Both of you are women who continue to inspire me! I just love that!